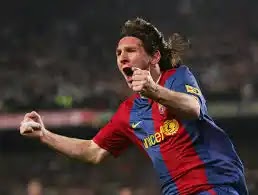 No reasonable football fan anywhere in the world will ever disregard the fact that Lionel Messi is a natural talent in football. Be that as it may, we cannot also undermine the efficiency and importance of teamwork because like they say; “a tree cannot make a forest”.

Individually, Lionel Messi is extremely exceptional and talented, but so far he wouldn’t have achieved so much in Barcelona without the presence of the following splendid players; and they are: 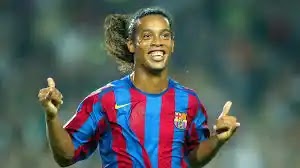 1. Ronaldinho: Barcelona has a track record of always connecting with extremely splendid players, and the Brazilian ‘god of dribble’ was one of them. Ronaldinho’s time in football was full of splendor and magic which made him win somany trophies and individual awards. Towards the end of Ronaldinho’s stay in Barcelona, Lionel Messi emerged.

The few football seasons which Lionel Messi played and blended painlessly with Ronaldinho in La-liga especially in El-classico matches. It was Ronaldinho who first set-up Messi to score his first El-classico hat-trick on the 10th of March, 2007 to earn Barcelona one point. He made Messi believe in himself. 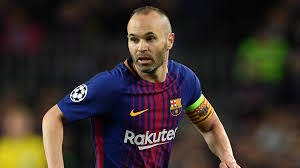 2. Iniesta: Some football fans prefer calling him the 360° midfielder. This is to depict his prolific prowess with the ball as a midfielder; Iniesta was never confused with the ball no matter how many players he was surrounded by. His 1–2 passes with Lionel Messi often shattered any defence technique and made any big or small club side open and vulnerable to sensational goals.

Iniesta is known for scoring many important goals like the 2010 world cup goal against Netherlands in nhe finals. Messi has huge respect for iniesta and often called him the best player in the world. His triggered Messi to huge success. 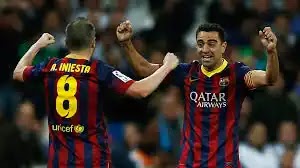 3. Xavi: Xavi Hernandez was a huge influence on Lionel Messi during his early days in Barcelona. Xavi is currently ranked number 25 in 90min’s Top 50 Greatest Footballers of all time. Xavi was indeed an alien midfielder, no wonder Barcelona enjoyed trophy after trophy during his time as a Barcelona player. Infact, Xavi Hernandez was the reason Barcelona did a masterpiece on the tiki-taka style of football in 2011.

In the 2011 UEFA Champions League campaign, Xavi and iniesta’s combinations were endlessly mind blowing, and amazing on the field of play. Even sir Alex Ferguson after the Champions League final in 2011 affirmed; “it wasn’t really Messi who was the problem. It was Iniesta and Xavi. They can keep the ball all night long”. Xavi really loved Messi and provided with plenty key passes and assist.

Ever since Ronaldinho left, Iniesta and Xavi followed up, we have never really enjoyed that extreme tiki-taka Style of football from Barcelona. Even though the arrival of Neymar spiced it up, but Neymar didn’t stay long. Yes, Messi still has the amazing magic inherent in his individual brilliance, but we football fans are really missing the good old days of Xavi and Iniesta.