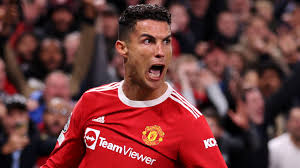 Christiano Ronaldo is a great, phenomenal, accomplished, and fulfilled player. I don’t think any reasonable football fans will say otherwise. He has been one of the best players football has produced in the last 20-years. However, one cannot cheat nature and age is no longer on his side. So, even if he underperforms in a match, we cannot blame him and say negative things about him. Yet, it defies the odds to see Ronaldo still performing at the topmost level in the world of football.

Early this season when Manchester United wanted to sign Ronaldo, some people had mixed feelings about how his performance would be at Manchester United. It is surprising to see him turn out to be the pillar of the team, save Manchester United from embarrassment, and lose their place in the Champions League campaign this season. It is all splendid to watch Ronaldo perform magic and remain world-class.

In this article, we are going to highlight the three times Christiano Ronaldo saved Manchester United this season. In these cases, he scored either the winning goal or equalized the scoreline to help United maintain their place in the match.

We have to admit that Manchester United hasn’t been great this season. They’ve considered a lot of goals, lost some matches, and have had very terrible defensive errors. The match against Atlanta wasn’t different. Manchester United conceded very early goals in that match and had a very difficult first half.

In the second half, they were able to equalize the two goals scored by Atlanta in the first half. It was after this equalizer that Ronaldo stepped into the 18-yard box to score the winning goal with a header. His goal was quite phenomenal. The goalkeeper had no idea where the ball was going to go. The crowd at Old Trafford erupted and everyone was shouting for joy. Thanks to Ronaldo.

2. Showed up in Manchester United Win Over Villarreal

It was headed for a draw in the second half of the match. In the dying minutes of the game, Ronaldo managed to score a goal to ensure that Manchester United goes home with a win. Ronaldo in that match proved to the football world that age is just a number and cannot be an all-around determining factor in football.

3. Netted Two Goals Against Atlanta to Level Up Manchester United

It wouldn’t be wrong if one claims that Cr7 has a magical key with him which he unlocks the tough defensive half of Atlanta FC.

In Manchester United’s second leg match against Atlanta which took place before the international break, he pulled a fantastic performance and equalized the match to send Manchester United to the top of their group table. Atlanta in their wildest dreams may have already concluded that they have sealed a win to earn them a place in a possible qualification for the Champions League round of 16.

Guess what? Christiano Ronaldo scored a goal in the dying minutes of the game to deny Atlanta a glorious win and three solid points in their Champions League campaign. I believe now it is safe to call Ronaldo the most clutch player in the history of football.