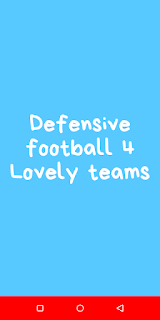 Football has alot of tactics, style and approach to playing it. Some persons prefer the attacking system, while others love the defensive style. We would quicky look at some four defensive Football teams in Europe.

2. Newcastle United: Newcastle United has this annoying and frustrating defensive system. Sometimes one wonders how opponent teams manage to score them goals. They rank number two for their 5-4-1 formation, which they have always used to deal with Chelsea, lol.

3. Everton: This is another team in English Premier League that can display a commendable defense technique on a very good day. Their head to head contention with Liverpool shows their defensive strength. I can still remember how their second leg EPL match in 2018 against Liverpool ended in a goalless draw. Hence, they rank number three on my list.

4. Chelsea: For those who don’t know Chelsea FC well, they use to be very defensive during the good old days. Chelsea 2012 Champions League triumph speaks volumes about their defensive strength, technique and prowess. The style of play for the ‘Blues’ dramatically changed when Conte arrived at Stamford Bridge, followed by Sarri system of football and now Lampard has taken over with his dynamic mid-field system. The boys are playing a kind of ‘tiky-taka’ football, but they are not as defensive as they use to be. I am a proud Chelsea fan. The ‘Blues’ for life.