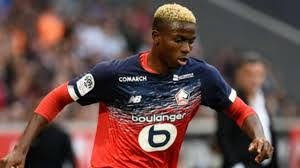 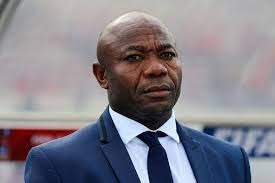 Emmanuel Amuneke, the iconic ex-super eagles player has predicted that Victor Osimhen could do better the Drogba in the coming years of his already looking colourful football career.

Osimhen has been doing wonderfully well when one takes a close look and analysis on his performance recently. Victor Osimhen enjoyed the luxury of recording 13 goals in 27 matches during his first season in Ligue 1. Recently, people have be drawing comparisons between him and Ivory Coast football icon Didier Drogba.

If Victor Osimhen can complete his recent moves regarding signing for Napoli, he would break the records on ground, and would become the most expensive player in the history of Nigerian football. 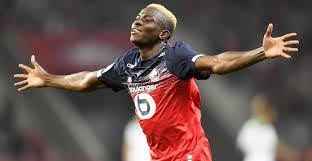 Emmanuel Amuneke; “ Victor Osimhen could do better than Drogba”.

“Victor is still young, he has still a long road to reach Didier’s level. But, in my opinion, one day he could become even better than him. Maybe, by playing in the Serie A” Amuneke told Italian website Tuttomercato Web.

“To change championship and country again, after Germany, Belgium and France, will let him experience a new reality and to improve as a man and player.

“It’s clear Napoli are one of the most important clubs in Italy with a great history and passionate fans like few others. In my opinion, Osimhen has everything to become an idol to Napoli fans in the next years, he will only need some time to settle down.”