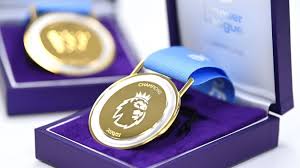 The 2021/22 English Premier League has just begun with lots of surprises as usual. Although there is a big difference between what happened last season with big teams and what we are witnessing now in the league. This season we’ve witnessed top-level performance from big teams like Liverpool, Chelsea, and Manchester City unlike the series of defeats they all encountered last season when the League began.

Last season, Manchester City performed well in all club competitions. Even though they lost the Champions League trophy to their English counterpart, Chelsea, they gave their best in that Champions League match, but unfortunately, they lost by one goal to nil.

Manchester City won the English Premier League last season playing without a proper number nine, courtesy of Pep Guardiola’s genius and tactics. This season, they sold Aguero to Barcelona, and yet Gabriel Jesus doesn’t even start a good number of their matches, yet they are already top of the Premier League table mostly utilizing a false nine. When Pep Guardiola is the manager of any team, anything can happen. So, Manchester City is the number one team on our list.

We all witnessed what Thomas Tuchel did with Chelsea in the Champions League last season. With a very young Chelsea team, we saw him defeat giant European teams like Alt. Madrid, Real Madrid, and Manchester City in the final. He is capable of replicating the same success in the English Premier League. Unfortunately, Tuchel’s Chelsea has been hit with injuries and a good number of his key players like Kante, Kovacic, and Jorginho e.t.c were affected and so as a result, Chelsea lost some points to West Ham and struggled against lowly placed Watford in their last mid-week EPL match.

Tactical Thomas Tuchel could probably get the blue and blue soldiers of London playing at the top level again. They could probably win the English Premier League despite being third in the league at the moment. Whether Chelsea would be able to top the League or not is a question that would be answered when they face Leeds United at Stamford Bridge on Saturday this week.

In the whole of Europe, Liverpool remains a force to reckon with this season. They have had an outstanding performance this season including trashing Manchester United five-nil at Old Trafford, which is one of Manchester United’s heaviest defeats at Old Trafford. How Jurgan Klopp picked Liverpool and transformed the club into one of the most powerful powerhouses in Europe is a topic for discussion another day. Liverpool is playing top-level football at the moment and can go on to beat the likes of Bayern Munich and Ajax no matter the kind of intensity they play with.

Liverpool is second place on the English Premier League table, with 34 points, which is just one point below Premier League table leaders, Manchester City. Liverpool can go all the way to win their second Premier League Trophy under Jurgen Klopp next year. The only problem they may have is the possible call to international duty of their two outstanding players, Mane and Salah, and that would be during the Afcon tournament in January. Klopp could manage to build his attack around Origi, Jota, and Fermino until Mane and Salah returned, after Afcon.

Manchester United remains one of the elite clubs in England, and you cannot write them off no matter how disappointing their performance may be in the early weeks of a season. At the moment, they have one of the best players in the world, Christiano Ronaldo, coupled with the likes of Bruno, Sancho, Pogba, and Rashford. Last season, it was sad to see them lose the Europa League trophy to a very resistive Villarreal team in a fierce penalty shootout. This season, they started strongly, but suddenly lost their form with Ole at the Wheel.

The Manchester United Hierarchy has just hired the services of one of the finest German Tacticians, Ralf Rangnick. Manchester United is filled with talented players. If they can pick up their form again, they can go home with the ultimate prize and that is the English Premier League trophy.