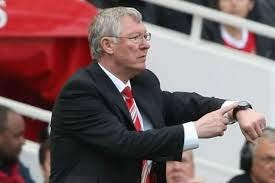 This year made it 13 solid years since the Legendary Sir Alex Ferguson played his final game at Old Trafford, a 2-1 victory to clinch his 13th Premier League title.

The Scot enjoyed a trophy-laden 26 years at Old Trafford, a time filled with great successes, few near successes and a fair share of controversies. One of such controversies was the Fergie Time theory. 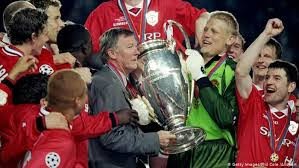 What is this Fergie Time? How did it start? Does it actually exist or is a fallacy? What are the greatest Man United’s ‘Fergie Time’ moments? Without further ado, let’s get to it.

The final minutes of a football game can be the tensest. If the match is tied, and both teams are desperate for victory, or one side is a goal down with the chance of pulling off a draw, these are desperate times.

Under the tutelage of the Great Sir Alex Ferguson, Manchester United has on countless occasions salvaged good results in injury times, either scoring to equalize the game, or win. Ferguson’s teams always had a knack to pull out victories in the late stages of games.

In Fergie’s own words:

“I think all my teams had perseverance, they never gave in. It’s a fantastic characteristic to have, and it is amazing to see what can happen in the dying seconds of a match. Being positive and adventurous and taking risks, that was our style. We were there to win the game. Our supporters understood that, and they got behind it. It was a wonderful feeling, you know, to see us go for it in those last 15 minutes. A bombardment in the box, bodies everywhere, players putting up a real fight. Of course, you can lose on the counter attack, but the joy of winning when you thought you were beaten is fantastic.” 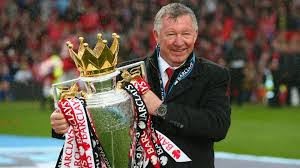 For Fergie and his disciples, ‘The Fergie Time’ was bore out of his team’s perseverance to get results, even in the dying minutes, but for some other fans (non-Man United or rival fans, to be fair), it has been suggested that Ferguson’s intimidation of Referees resulted in unusual injury time being added in matches where United were behind, giving them a better chance to get desired results.

How it all started

The very first instance of the Fergie time could be dated back to the inaugural season of the Premier league (1992/93), United were a point behind league leaders, Aston Villa and have not won the league title in 26 years. So they needed a victory to get an advantage, with 5 games remaining of the season. 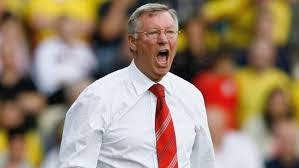 In the match, Sheffield Wednesday led in the 56th minute through a John Sheridan’s penalty. Chris Woods in goal, shut out Man United and it looked like it was going to be a win for Sheffield and Villa, but the match wasn’t started yet.

With four minutes left, Steve Bruce met Denis Irwin’s corner with a mighty header from beyond the penalty spot that angled over the goalkeeper’s fingertips and under the crossbar. 1-1, but they were not done yet.

At 90 minutes and with the scores level, the fourth official raised the board to show 7 additional minutes has been given, yes seven.

In the last minute of the 7 added, Centre-back Gary Pallister retrieved an overhit ball by Ryan Giggs and crossed into the danger area. His cross deflected off Nigel Worthington’s head, looping up invitingly for Bruce to plant his header past Woods’s left hand. Ferguson came rushing to the touchline, only to be overtaken by his assistant Kidd, who followed a star jump by falling to his knees, fists clenched in celebration.

United went top of the league with this win and remained there until the season ended, remarkably winning the league with a 10-point gap at the end. This was the first of many league titles and major trophies won by Sir Alex Ferguson, so it’s safe to say ‘Fergie time’ ochastrated the successful Man United we know now. 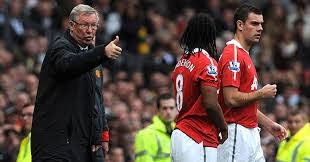 Ever since then, every time United have been given quite a bit of injury time, it’s been flagged up in people’s mind as what they knew already.

Fergie Time: Fallacy or Logical?
Ex-Premier League referee Graham Poll has said that when you are refereeing, you do not believe in Fergie time:

“You dispel it as popular myth of teams that are jealous of Manchester United’s success.”

But he admitted, there may be psychological reasoning behind the phenomenon.

“I think it would be too easy to just say it’s rubbish. When you analyse and think psychologically what happens, the pressure that’s on you at Old Trafford or the Emirates or Stamford Bridge, the pressure that is implied upon you must have an effect, even if subconsciously.”

Going by this, United on average has scored more added time goals in the absence of Ferguson than when he was in charge, hence nullifying the claims that he overly influenced those games.

Funnily enough, even though it looks like Manchester United have consistently been added a lengthier amount of added time, it has not looked like they have used it to their full advantage.

While it’s almost impossible to statistically prove the existence of ‘Fergie Time'(in the contexts used by rival fans), United have scored more than a handful of goals in that period, with some proving to be vital winners or equalizers.

These stats are correct to March 2019. Source: Opta via Goal.com

Barcelona 1-2 Manchester United: 1998/99
Arguably the most famous incident of late drama in Man United’s history and at the biggest stage, the Uefa Champions league finals.

Ferguson’s men had been trailing to Mario Basler’s early goal and looked to be heading to heartbreak in Barcelona until Ole Gunnar Solskjaer and Teddy Sheringham came off the bench and scored two goals in added time to win the game 2-1 and spark up memorable scenes of celebration at the Nou Camp.

Manchester United 4-3 Manchester City: 2009/10
It was a derby day at Old Trafford and United were leading their noisy neighbours 3-2 going into injury time.

Craig Bellamy looked to have forced a draw for the blue half of Manchester with a late goal of their own. But Owen had other ideas. In the sixth minute of time added on, he received a pass from Ryan Giggs and coolly slotted home to claim a thrilling three points.

Manchester United 2-1 Liverpool: 1998/99
Hoping to keep their treble dreams alive, in the fourth round of the FA Cup and against their bitter rivals, Liverpool. It was the baby-face assassin once again who pooped up with the crucial goal.

Michael Owen’s early goal had put the Reds in control. Dwight Yorke levelled in the 80th minute and with a replay beckoning, Ole Gunnar Solskjaer popped up with a predator’s finish to send United through.

Manchester United 3-2 Aston Villa: 2008/09
Federico Macheda burst on to the scene in style with a last-gasp strike to keep United’s Premier League title hopes on track.

Ferguson’s side were labouring to a draw with Aston Villa, needing a late Cristiano Ronaldo goal to get that far, until Macheda made a name for himself with a fine winning goal deep into added time as United went on to claim another title.

Manchester City 0-1 Manchester United: 2009/10
United were trailing Chelsea in the race for the Premier League title and looked to be slipping further behind as their Manchester derby at the Etihad Stadium was heading for a bore draw.

But then Paul Scholes popped up in the third minute of injury time to head home a winner that gave Ferguson’s men bragging rights against their neighbours.

Paris Saint-German 1-3 Manchester United: 2018/19
United had their most memorable ‘Fergie Time’ moment without the presence of Ferguson when they staged an incredible comeback against Paris Saint-Germain in the Champions League last 16.

With the scoreline 3-2 on aggregate going into stoppage time in the second leg, Marcus Rashford converted a ‘Fergie Time’ penalty to win the tie through away goals, eliminating PSG. 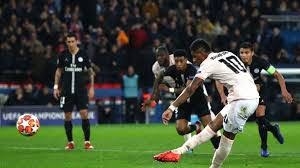