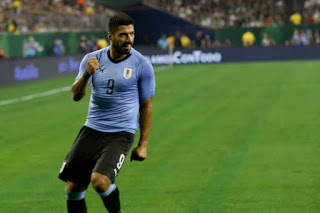 Football from the very beginning has always had naturally talented strikers who could do the splendid and  unbelievable with the ball, especially when they are not too far from the goal post.

The English Premier League as we all know is made of classic and quality football, and so it takes skill and hardwork to adapt and remain top as a striker for any top club in the league.

Below, we would analyze the profile of top English Premier League strikers in the last twenty years. The below list is not arranged, or listed in any particular category, ranking or rating. 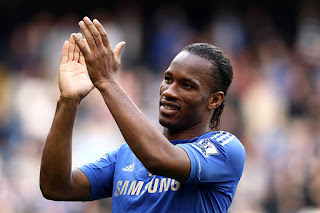 1. Didier Drogba: Any lover of the English Premier League must have heard about the mind overwhelming records and triumph of the legendary Ivory Coast striker, Didier Drogba, who enjoyed his stay in Chelsea FC winning as many trophies as possible including the memorable Chelsea’s UEFA Champions League trophy in 2012.

Drogba was a difficult nut to crack, especially for formidable defense mechanisms of top teams in EPL like, Manchester United, Arsenal, Everton, Manchester City, including top teams in other European leagues like Barcelona, Bayern Munich, and Napoli. He was invincible, phenomenal, and clinical in front of the goal post.

Drogba’s Individual Awards Plus The Prestigious Trophies He Won 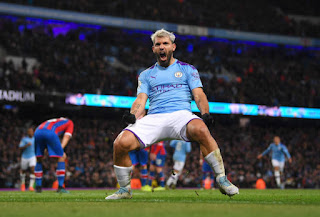 Often times, Aguero’s moves with the ball are unpredictable even with his age, the velocity of his shots are sometimes equal to that of bullets. Lol. What can one say about his short killer passes and outside 18-yard box goals? Absolutely mind blowing and sensational, right? Sergio Aguero is a goal machine and no good football fan or sports analyst will say otherwise.

Aguero has been a star striker for Manchester City and over the years his goal contributions have helped the club bag in as many goals as possible. Hence, he is considered one of the best strikers to play in the English Premier League. 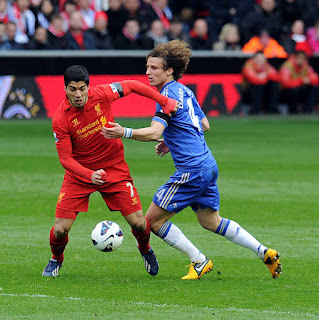 3. Liuz Suarez: The aggressive Uruguay striker, Liuz Suarez, actually left Liverpool and English Premier League for La-liga and Barcelona, but before he left, he made his mark and wrote his name in gold on the record books of the EPl.

Liuz Suarez netted an amazing number of 69 goals in his first one hundred and ten appearances as a striker in the EPL. His time in Liverpool was not bad, even though he didn’t win the EPL or Champions League with Liverpool. His tricks, skills and positioning around the keepers box is usually difficult to counter. 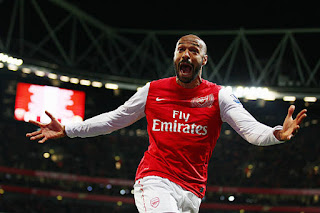 4. Thierry Henry: No matter how people look down on Arsenal today, we cannot deny that Arsenal is a top notch European club side, and they were once an invincible team in the EPL.

Thierry Henry played an exceptional role as Arsenal’s forward  during some of their glorious seasons. He was instrumental in their 2002/2003 season victory in the English Premier League. The superb nutmeging skills with which he used in beating goal keepers on most of his one on one meetings with them was world class. 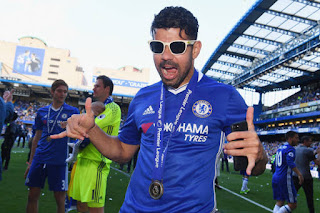 5. Diego Costa: Even though Diego Costa is stubborn and hard headed, his goal contributions as a striker in Chelsea is commendable and record worthy as well.

Costa had a splendid football season during his time under Antonio Conte, who is the former Chelsea’s head coach before Sarri. At least Diego Costa was able to win the Prestigious Premier League trophy. Courtesy of his good striking skills.

His Individual Award, records and trophies in the EPL