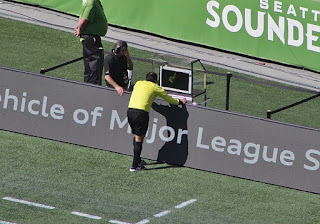 VAR simply means virtual assistant referees, they help the main referee take difficult decisions especially when contact or fouls between players are less visible or not obvious, and this is to avoid poor officiation and controversies in football matches.

VAR has been in existence for some time now and was used in the last world cup tournament played in Russia. It has also been in use in some European major leagues like Italian league and Spanish League etc. The EPL(English Premier league) did not adopt VAR method immediately until the inception of this football EPL season.

Everyone felt it would help improve the standard of the league, but unfortunately, the VAR is making matches look controversial and uninteresting.

Firstly, the VAR makes goal celebration difficult because everyone would be afraid that the goal would be cancelled especially when it was scored in the 18yard box. Hence killing the euphoric nature of goal celebrations.

Secondly, some times the VAR is not straight forward and seems to choose a particular team to favour in a match. Many Chelsea fans picked offense in their last match with Manchester United due to VAR decisions, see pictures below. 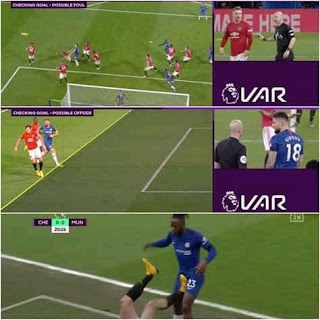